I am busy moving away from my VeraEdge installation to a Home Assistant running on a Raspberry Pi 4. This is because it looks like the maker of the VeraEdge was bought and it is slowly being phased out.

For this I am using the following parts:

This recipe is for setting virtualization on a voidlinux desktop.

Use this setup script to set things up on void linux.

Flatpak is a utility for software deployment and package management for Linux. It is advertised as offering a sandbox environment in which users can run application software in isolation from the rest of the system. Flatpak was developed as part of the freedesktop.org project and was originally called xdg-app …

The point of this article is to document I workaround that I came up with to handle a HDMI KVM switch.

What happens is that if my Linux PC is turned on while the KVM switch is selecting the other PC, it fails to initialize the display, so when you …

This article is about erasing disc drives securely. Specially for SSD drives, writing zeros or random data to discs is not good enough and counterproductive.

One way to do secure erase (for disposal) is to begin with an encrypted disc. However, after the fact the following options are possible:

Z-Wave Associations with With Vera UI

I couldn't find any to the point documentation on how to do this, so I am writing this.

The way I understand Z-Wave associations work is that once devices are in the same Z-Wave network, a device can directly send a command to another device without intervention of the Hub …

The point of this recipe is to create a encrypted file sytem so that when the disc is disposed, it does not need to be securely erased. This is particularly important for SSD devices since because of block remapping (for wear levelling) data can't be overwritten consistently.

I made the switch to void linux. Except for compatibility issues around glibc, it works quite well. Most compatibility I have worked around with a combination of Flatpaks, chroots and namespaces.

The high lights of void linux:

How to encrypt linux partitions with LUKS

There are plenty of reasons why people would need to encrypt a partition. Whether they're rooted it in privacy, security, or confidentiality, setting up a basic encrypted partition on a Linux system is fairly easy. This is especially true when using LUKS, since its functionality is built directly into the …

Windows administration from the command line

Windows system administration is very mouse driven and to reach all tools you need to browse through Windows explorer.

If you are like me and prefer to log on a limited privilege account and use Runas to perform admin tasks, you can open these consoles with the .msc file names …

It is possible to migrate the whole array to larger drives (e.g. 250 GB to 1 TB) by replacing one by one. In the end the number of devices will be the same, the data will remain intact, and you will have more space available to you.

So finally took the time to try out a Raspberry Pi. For this weekend project wanted to do something relatively simple. Essentially, I wanted to recreate/enhance the functionality of a TL-WR702N. 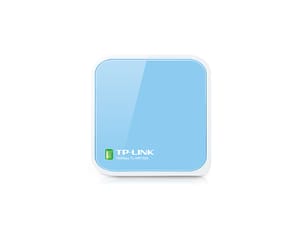 The TL-WR702N Nano Router is a neat device but being closed, can not be customized to what I …

This tutorial describes how to use the alarm manager to set alarms and how to use the notification framework to display them. In short, the sequence goes like this:

This is an interesting concept. Essentially is an Encryption dongle that encrypts stuff between your PC and your USB mass storage device.

I am still to test this recipe

First of all, we must install the following components:

Sometimes we need to connect two or more geographically distrubuted ethernet networks to one broadcast domain. There can be two different office networks of some company which uses smb protocol partially based on broadcast network messages. Another example of such situation is computer cafes: a couple of computer cafes can …